Welcome to our governors' section. To contact any of our school governors, please do so via the school office, or email adminoffice@broughton.hants.sch.uk.

What do governors do?

Governors are strategic leaders within schools and have a vital role to play in making sure every child gets the best possible education. Our governing body has responsibility for both schools in the Federation – covering the primary schools in Broughton and West Tytherley.

The role of the school governor is demanding but very rewarding and is a great way to give back to your local community. Good schools need good governors.

What are the key roles of a school governor?

How are we organised as a Governing body?

As the single governing body for the Federation, the governing body has responsibility and oversight of Broughton and West Tytherley Primary Schools.  The full governing body (FGB) ensures it has sufficient governors to undertake its duties effectively, and maintains a quorum for a full FGB meeting of not less than seven members.  At present, the FGB consists of the Headteacher, parent Governors (elected by the parents), a staff governor, Foundation governors, co-opted governors and one governor appointed by the local authority.

In accordance with our Standing Orders, we meet as a full Governing body at least once every term and typically meet 5-6 times per year.  We have two sub-committees, focusing on Standards (covering topics such as the curriculum, attainment, progress, behaviour and SEND) and Resources (covering topics such as finance, staffing and premises). Each committee has its own Chair, and written terms of reference which are reviewed annually.  All governors are appointed for four-year terms.

If you are interested in becoming a Governor please visit:  https://www.hants.gov.uk/educationandlearning/governors/volunteer 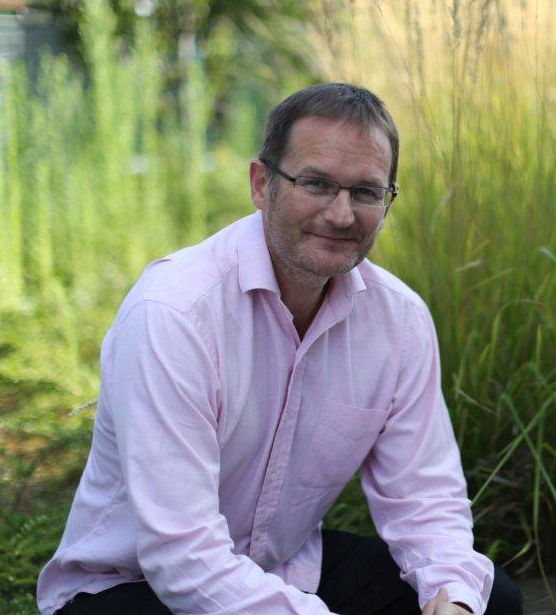 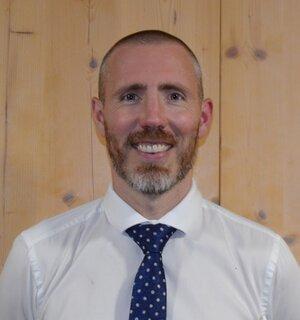 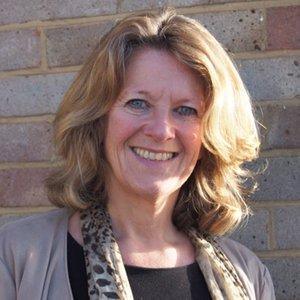 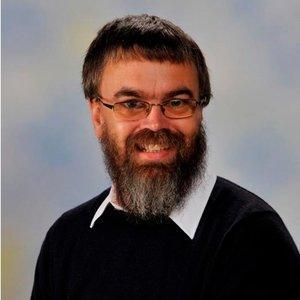 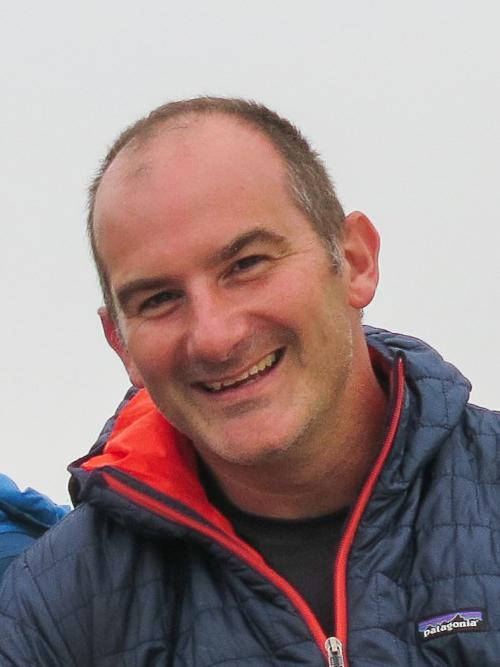 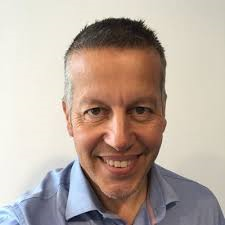 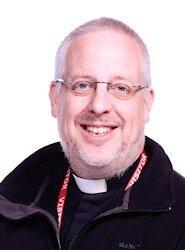 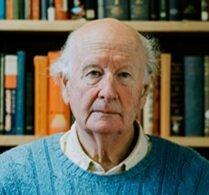 Who's Who in the Governing Body

I am one of the two elected parent governors on the Federation governing body, having been the parent governor at Broughton since 2012. Having children at the school, I was very keen to get involved and try to help the school achieve its full potential, via the pupils achieving theirs. It is rewarding to work within a school environment that has a strong sense of community and is continually looking to enhance this.

Having moved to West Tytherley village in 2019 with my young family, the welcoming nature of the village instantly captivated us all. As an educator, governance has always been an interest and with my children due to attend primary school in the coming years, now feels like the perfect time to support the local community using experiences of my own. I am a Deputy Headteacher in a Hampshire secondary school, with experience in pastoral support, behaviour and safeguarding. When my children allow me to have some free time, I am a keen sportsman, with a particular love of basketball and rugby, though currently pursuing some challenges within running.

I have spent my career working in the field of education, with a focus on special educational needs, in a variety of roles. In Broughton, I am involved with the village archive and am a  churchwarden. I have been the lead governor with responsibility for children with special  education needs at Broughton for several years. I also run a charity in Uganda which supports schools in literacy and through this I have led the twinning of Broughton Primary with a school called Kajwenge, in Uganda.

I am the staff governor representative on the governing body, voted in by members of the staffing community. I have previous experience as a school governor, having represented the views of the teachers, support staff and the site team at Broughton. I enjoy living in the beautiful village of Broughton where both of my children attended the primary school and thrived.

I am a co-opted governor and was appointed chair of the Federation governing body on its formal establishment in July 2021. I was previously the chair of Broughton governors, having been initially appointed in 2018. I have been a regular volunteer reader with children, and am a resident of Broughton. I work as a writer and editor, and have supported adult literacy provision in the Winchester area. I also act as a mentor to aspirant students at 6th form college in Hampshire, supporting them in their ambitions to go to leading universities. I am totally committed to making the Federation a success – for parents, for staff, for the community, but most importantly for all the children who attend our schools.

I have been a school governor since 2017 and have learned that schools have many similarities with my day job, where it’s important to find good, technically sound and long-lasting solutions within a tight financial budget, with tight timescales and providing the customer with as much value as possible. I was previously the chair of the finance and staffing sub committee at West Tytherley, and as an engineer, I am keen to see STEM subjects promoted within our schools. I have also been a parent governor at West Tytherley and want to see our two schools flourish together.

Since my four daughters started at school, I have always wanted to be involved and support the schools they have attended. Between 1991 and 1999, I was a parent governor at schools in Buckinghamshire, Berkshire, Oxfordshire and Wiltshire, when an engineer in the Royal Air Force.

Since becoming a Vicar, I have been a parent governor in North Baddesley and now, through my job, am a Foundation governor for the Federation and also in Lockerley. Most weeks I am in the schools and really enjoy getting to know the children and staff. Outside work, I love watching films and learning about history.

I started my role as a parent governor in the summer of 2021 and am enthusiastic to take an active role in the Federation of Broughton and West Tytherley Governing Body to help realise its potential. I have one daughter in Year 1 and another who will start within the next two years and I am keen to see the Federation positioned for success and to realise the potential I believe it has.

I spent my early career as an Engineering Officer in the Royal Air Force and continue to work in aviation, primarily in the defence sector. Away from work I enjoy cycling and sailing and tackling the perpetual list of DIY jobs around the home. I can often be found on the school run and consider myself to be an approachable type, so please do say hello.

I am passionate about education and the critical role it plays in helping shape and determine the lives of our children. I have been a parent governor at Broughton Primary School since 2010, five of which as Chair, and am now delighted to be a Co-opted governor for the new Federation. I have been involved with most aspects of school governance including finance and the curriculum; performance management; safeguarding and child protection; recruitment and selection and contributed to the last Ofsted inspection. I am also a Parent Governor at Bishop Wordsworth’s School in Salisbury, and a Family Support Volunteer for Hampshire County Council, including supporting families who have pupils permanently excluded from school. Other experience includes working with FTSE 100 companies as a Management Consultant with PwC and IBM.

I was formally appointed as Executive Head Teacher of the Federation of Broughton and West Tytherley Primary Schools in July 2021, having been Headteacher at Broughton since 2015 and interim Head at West Tytherley since January 2021. I believe strongly in the importance of providing children with the best possible education during their primary school years – and in putting the children first in everything we do. I absolutely love being Headteacher of these vibrant, outward looking schools. I am particularly proud of all the children who attend the schools and value their essential contribution to creating happy, successful places where they can grow and develop.

As a long-serving teacher and then school leader, I have been involved with many governing bodies over the years. I have always been impressed with the commitment shown by this dedicated volunteer workforce.

Having moved away from headship into school improvement, it seemed a good time to also volunteer for a role in governance. Hopefully my experience within education will bring some benefit across the Federation.

I was previously the chair of governors at West Tytherley, a school which is local to my home in Salisbury but beyond my own work boundary of Wiltshire. I believe the Federation of our schools will provide exciting opportunities for the children and staff in our school communities.

Before becoming a foundation governor of West Tytherley, I was previously at Lockerley. I am also a non-executive governor of Christ’s Hospital school near Horsham. I am passionate about state education, the more so as I and my children were all privately educated. I am committed to our local schools and keen to give their children the best possible start. I have always believed in the importance of music, so have started a school choir at West Tytherley.

My family came to East Dean in 1972, when my firm, Esso Chemical, moved to Southampton. In 1982, I bought a local business, Wessex Translations, and am still a director of the firm. I am delighted that we have federated with Broughton and keen to support both schools on any way I can.

The Clerk to the Governors is Diana Woolf

I have previous experience as a primary school clerk, at Grateley Primary School, and I live locally. I know the Federation schools and villages well and am delighted to be supporting the governing body.

We maintain a register of the governors’ business and pecuniary interests to make sure our decisions and judgements are fully transparent and open.

Unfortunately not the ones with chocolate chips.

Some cookies are necessary in order to make this website function correctly. These are set by default and whilst you can block or delete them by changing your browser settings, some functionality such as being able to log in to the website will not work if you do this. The necessary cookies set on this website are as follows:

Cookies that are not necessary to make the website work, but which enable additional functionality, can also be set. By default these cookies are disabled, but you can choose to enable them below: